We and selected partners use cookies or similar technologies to ensure you get the best experience on the Teamtailor website. With respect to cookies that are not considered necessary (as specified in the Cookie Policy), we and our selected partners may use cookies for the following purposes: personalized website experience, develop and improve products and in some cases targeted advertisement that are based on your interests. You can manage or disable cookies by clicking on "Manage cookies" at the bottom of each website page.

When you visit this website, it may store or retrieve information on your browser, mostly in the form of cookies. This information might be about you, your preferences or your device and is mostly used to make the website work as you expect it to. The information does not usually directly identify you, but it can give you a more personalized web experience. Because we respect your right to privacy, you can choose not to allow some types of cookies. Below is a list of different categories of cookies that may be set and that you can freely change. However, blocking some types of cookies may impact your experience of the site and the services we are able to offer.

These cookies are required and must be accepted to use this site.

These cookies are used to deliver adverts more relevant to you and your interests.

We were delighted and proud to have had 15 year-old Oliver Gaskell join us for a week's work experience as a trainee Python Software Developer in our Manchester office. Oliver joined us from school through a charitable trust based in the North West of England called Positive Steps, which aims to bridge the gap between education and the world of work.

We asked Oliver about his experience during his time with us:

Q. Tell us about the project you have been working on during your work placement.

A. I was given a brief to create a prototype app which captures characteristics of the person using it. I created a puzzle app using the Python programming language based on a set of six dials which may be rotated by the user. At the start of the puzzle, the dials are in random positions, and to solve the puzzle, all dials have to be moved so they point upward. But moving one dial might move any of the other dials! So the user has to work out which dials to move and in what order.

Q. What does the puzzle aim to learn about the person solving it?

A. I'm testing whether the way it is solved can show how impulsive they are, for example if they dive right in. I'm also considering whether we can measure a person's learning agility if they adapt their solution as they solve it.

Q. What technical skills have you learned?

A. I've learned how to analyse data using IPython Notebook, a web based app for doing calculations and data science. This is something I had a little bit of previous experience with, but I got to use it a lot more this week. I also learned more about source code management with Git - a widely used source version control tool. Particularly, I learned how to use branches, and the advantage of using them to allow multiple people to work on the same source code while keeping each other's work separate. I also used Matplotlib, a Python programming library great at plotting chart data. I used this to track and plot mouse movement. 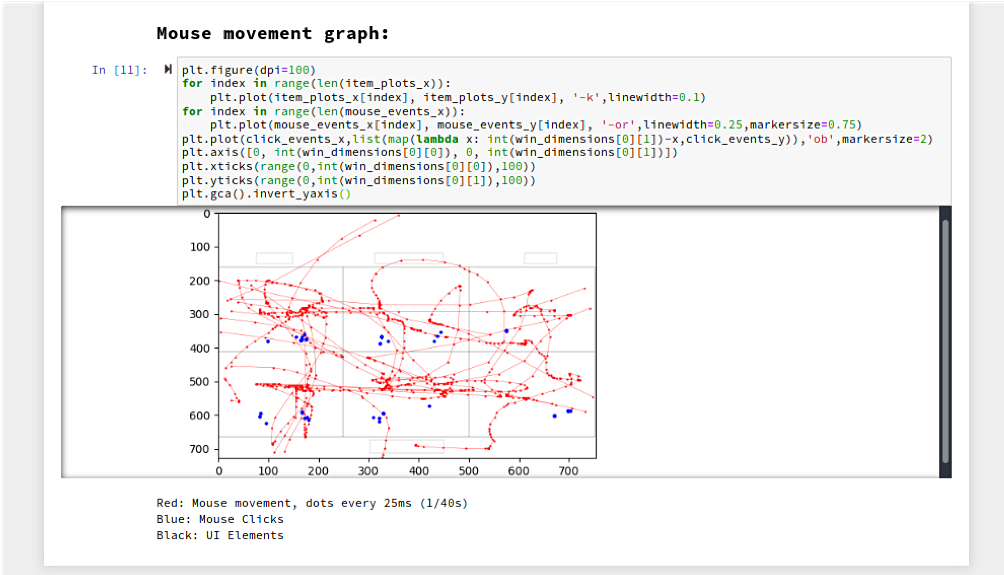 Q. Part of this week has been an introduction to the office environment. What have you learned and how have you adapted?

A. The environment is a little more structured than I've been used to - I’ve had to work to a brief and a deadline, and to present and share what I've been working on with the wider team. I was a little nervous about the presentation at first, but it went really well!

Q. What has been the most challenging part of the week?

A. Working out what to do to fit the brief and trying to think of ideas for the app. Once that was agreed, creating the application was more straightforward.

Q. What has been the most enjoyable part of the week?

A. Creating a fully-functioning app and presenting that back to the team! I also enjoyed asking the team to try my application and have a go of the puzzle, and include these findings in my presentation. 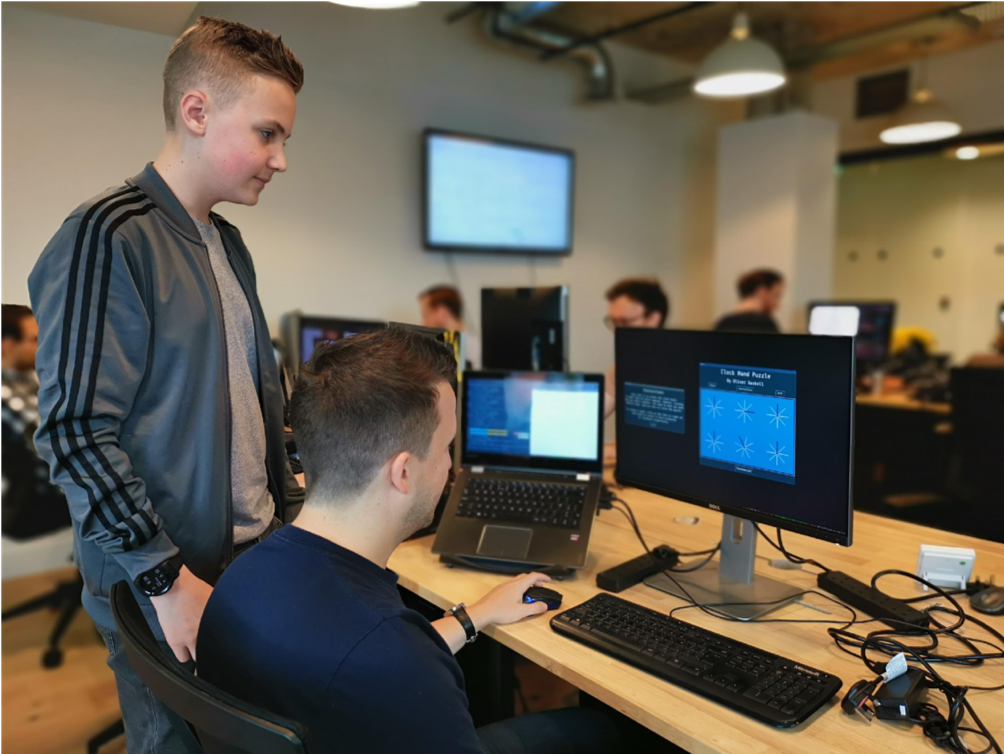 Q. Will you come back again?

Q. Do you know what you hope to do in the future?

A. Right now I'm not sure, but probably something along the lines of computer programming or electronics.

We were super-impressed with Oliver's contribution to our work, with his grasp of the Python programming language, and with the presentation he made confidently to the team in Manchester. We sincerely look forward to him spending time with us again!

Arctic Shores creates award-winning technologies that help companies make better people choices, and people better career choices. Since starting up in 2014, our pioneering behaviour-based assessments have improved diversity, reduced time-to-hire and slashed recruitment costs at hundreds of organisations, including PwC, Siemens and the Ministry of Justice. Arctic Shores has also provided a unique, stress-free and unbiased experience to over 3m candidates.

Let’s recruit together and find your next colleague.